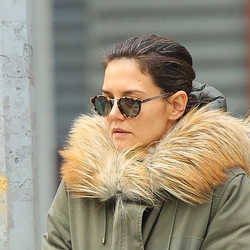 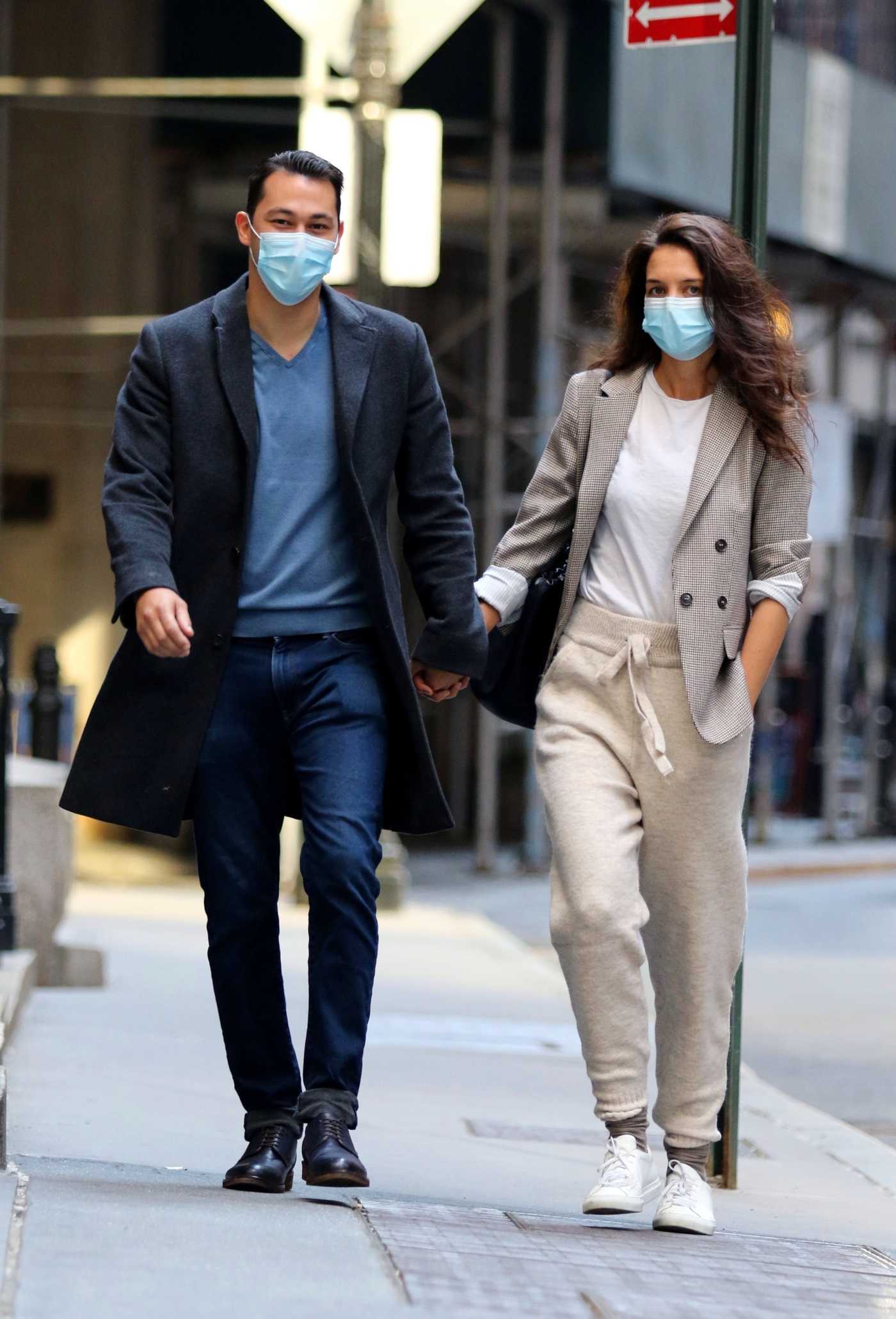 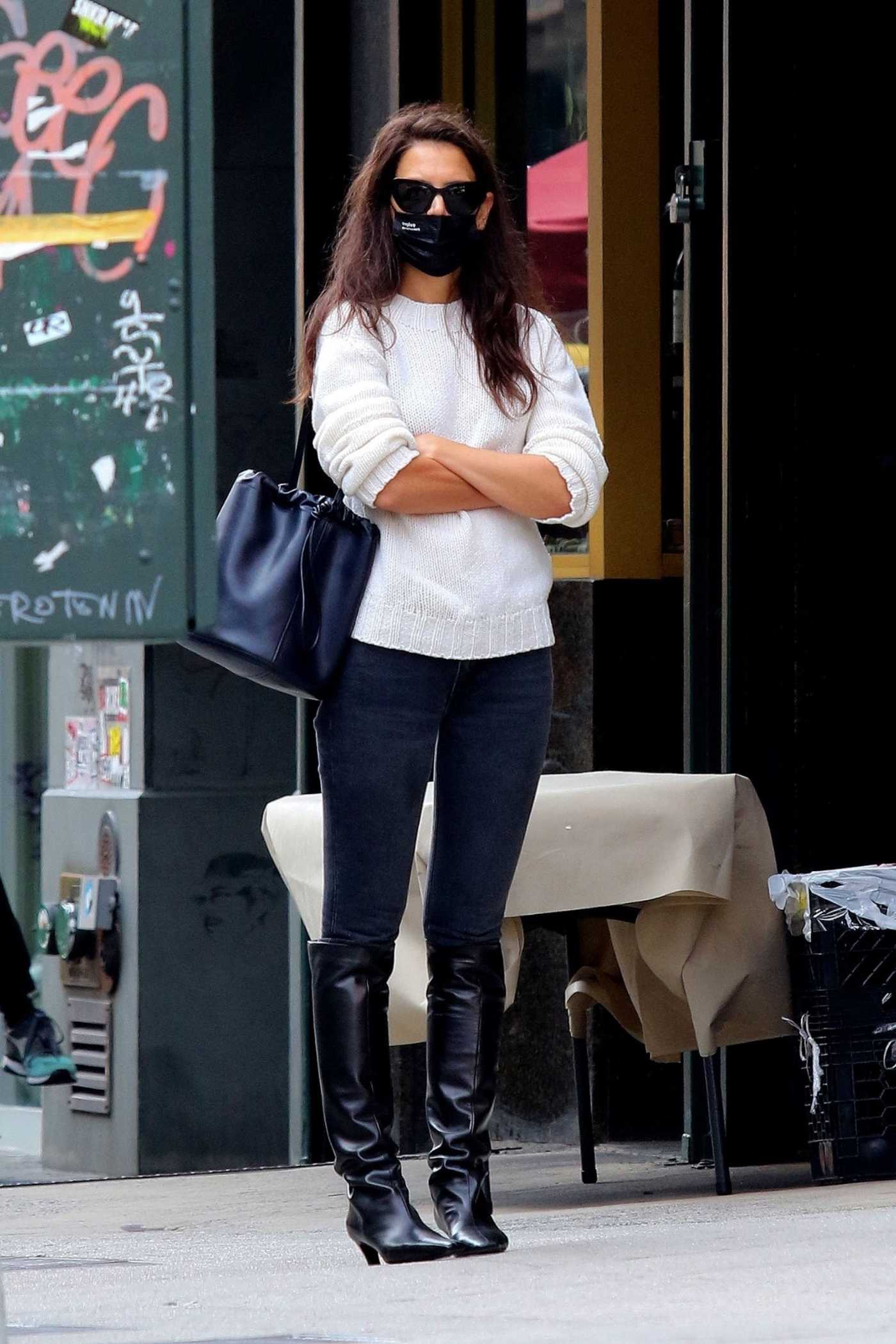 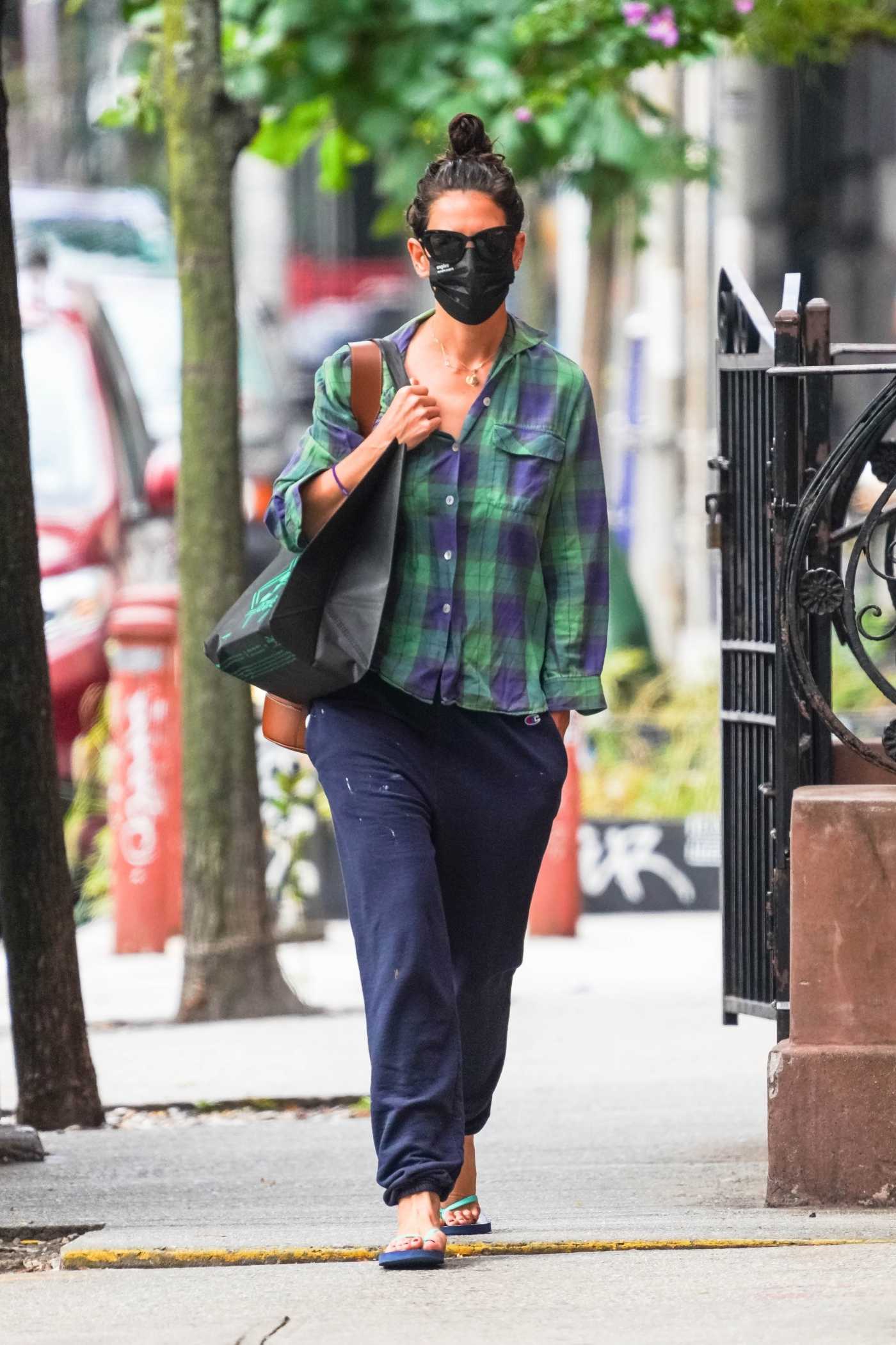 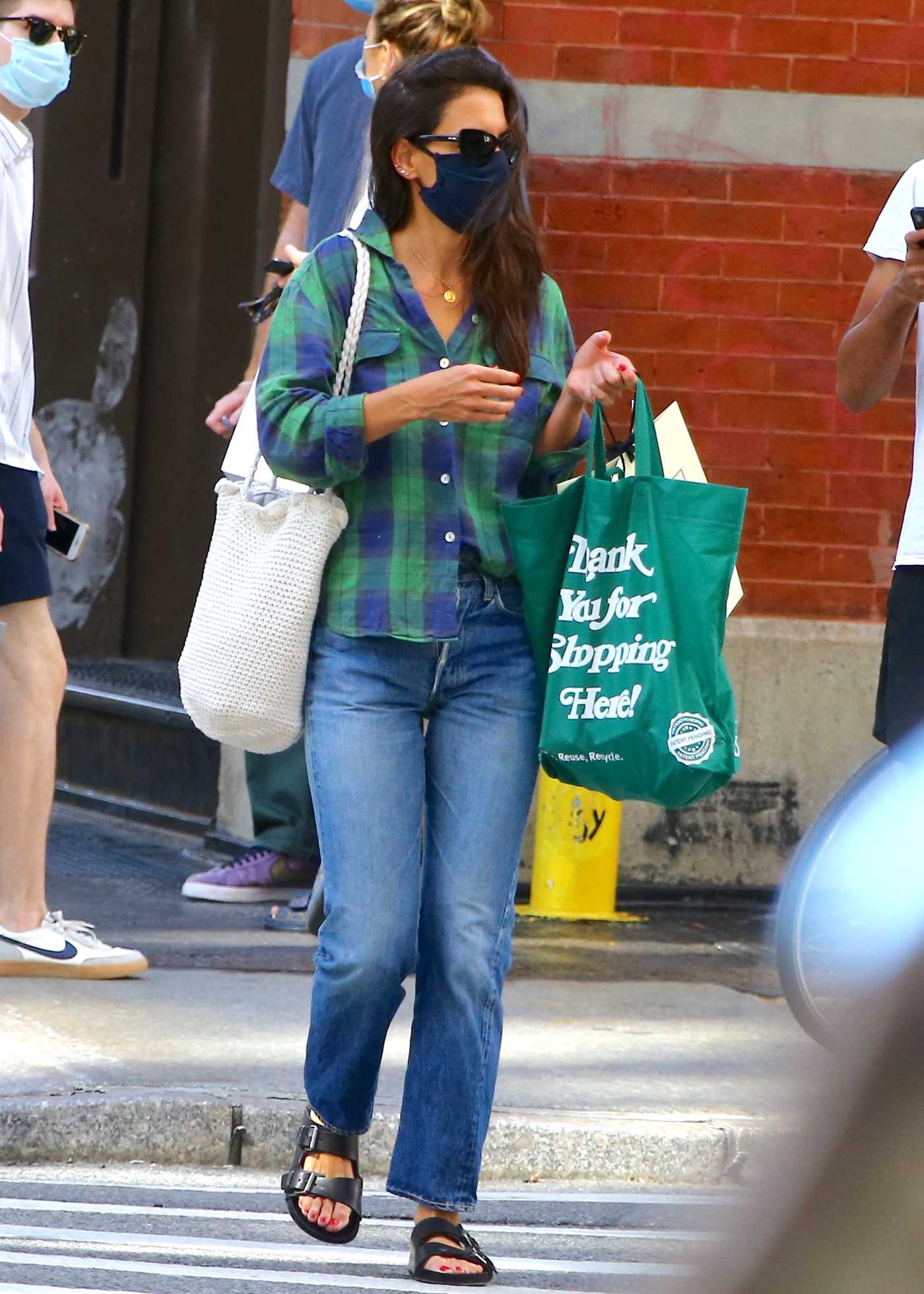 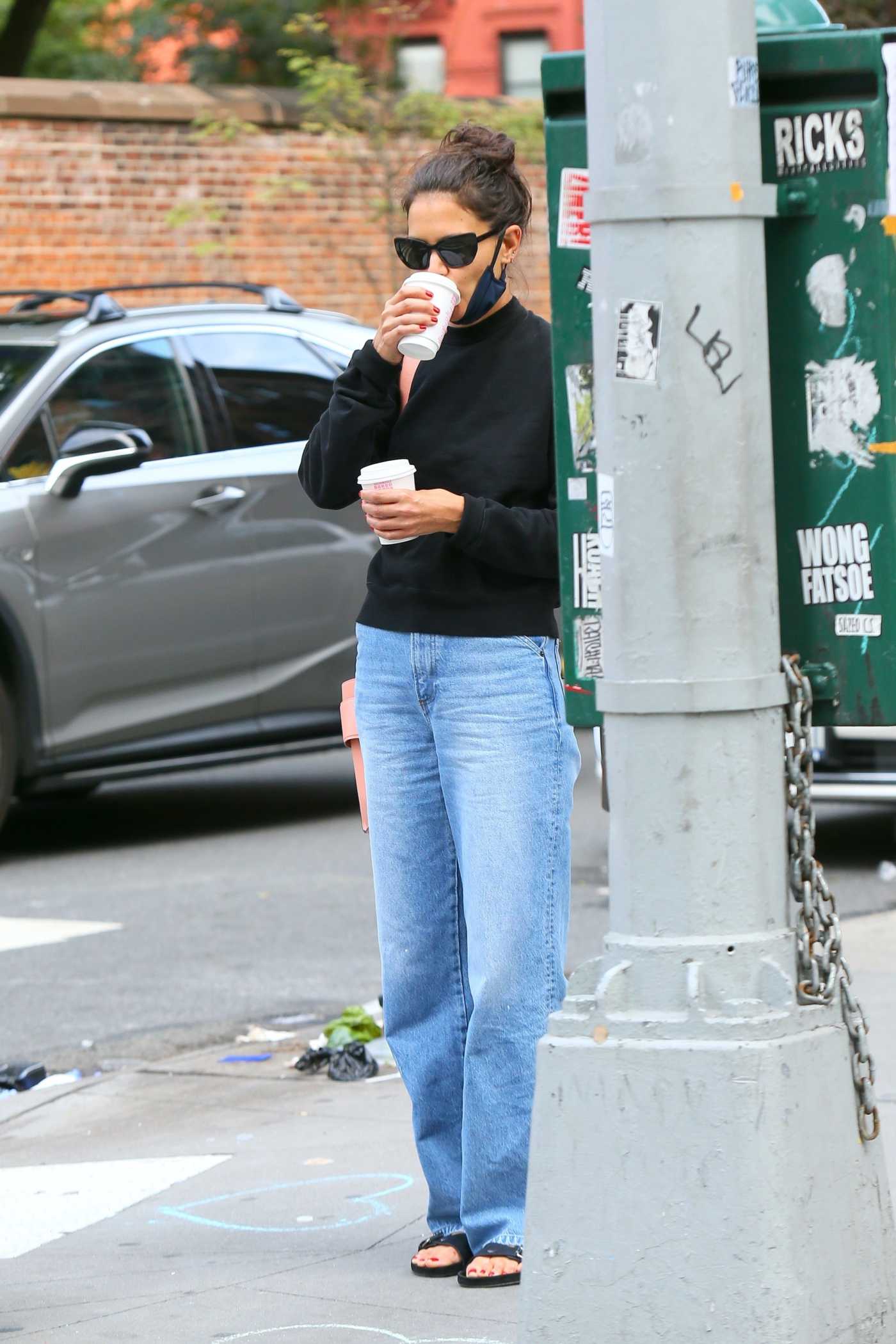 Katie Holmes in a Blue Jeans Was Spotted Holding Two Coffee's Out in SoHo, New York 08/26/2020 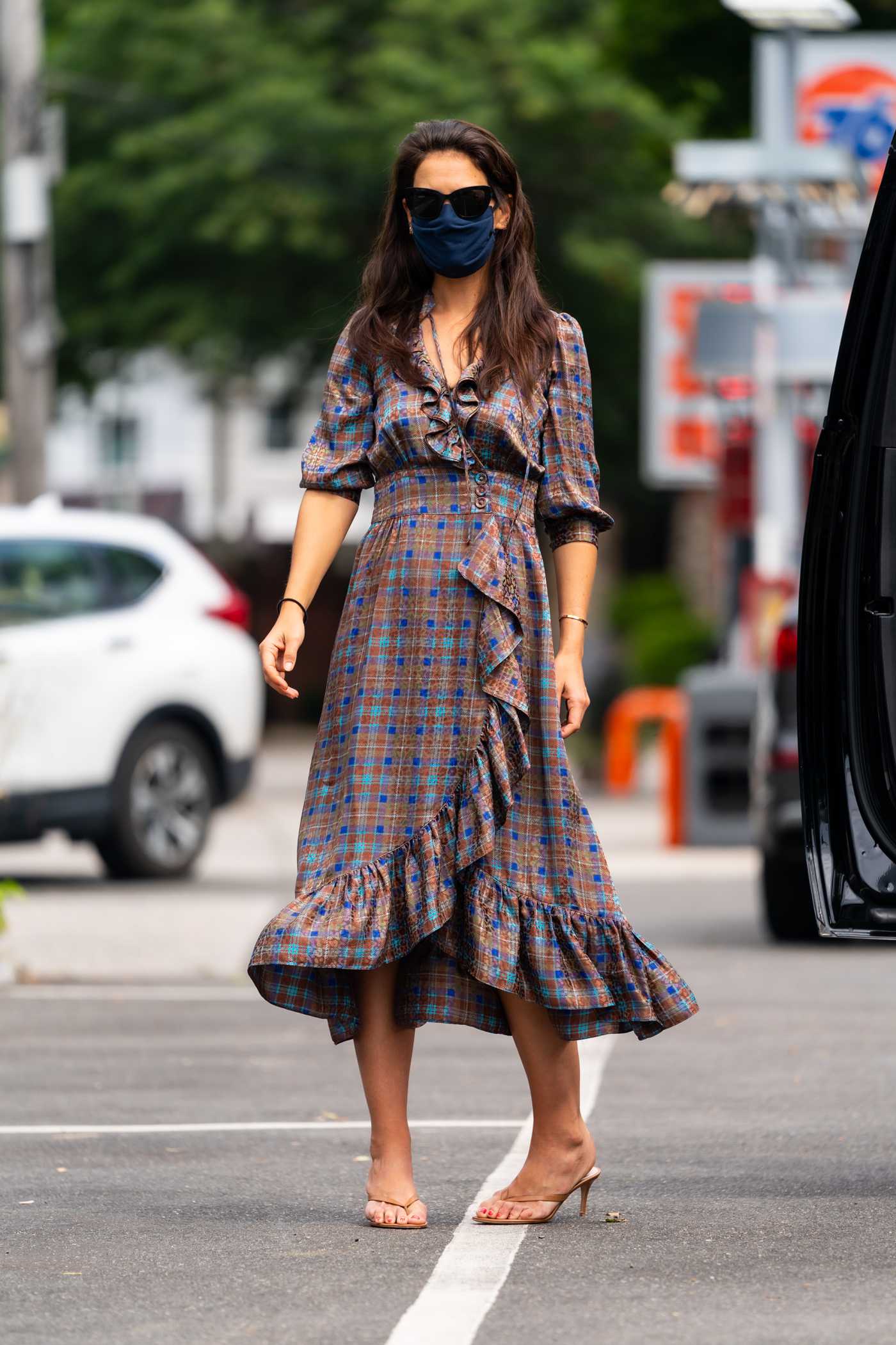 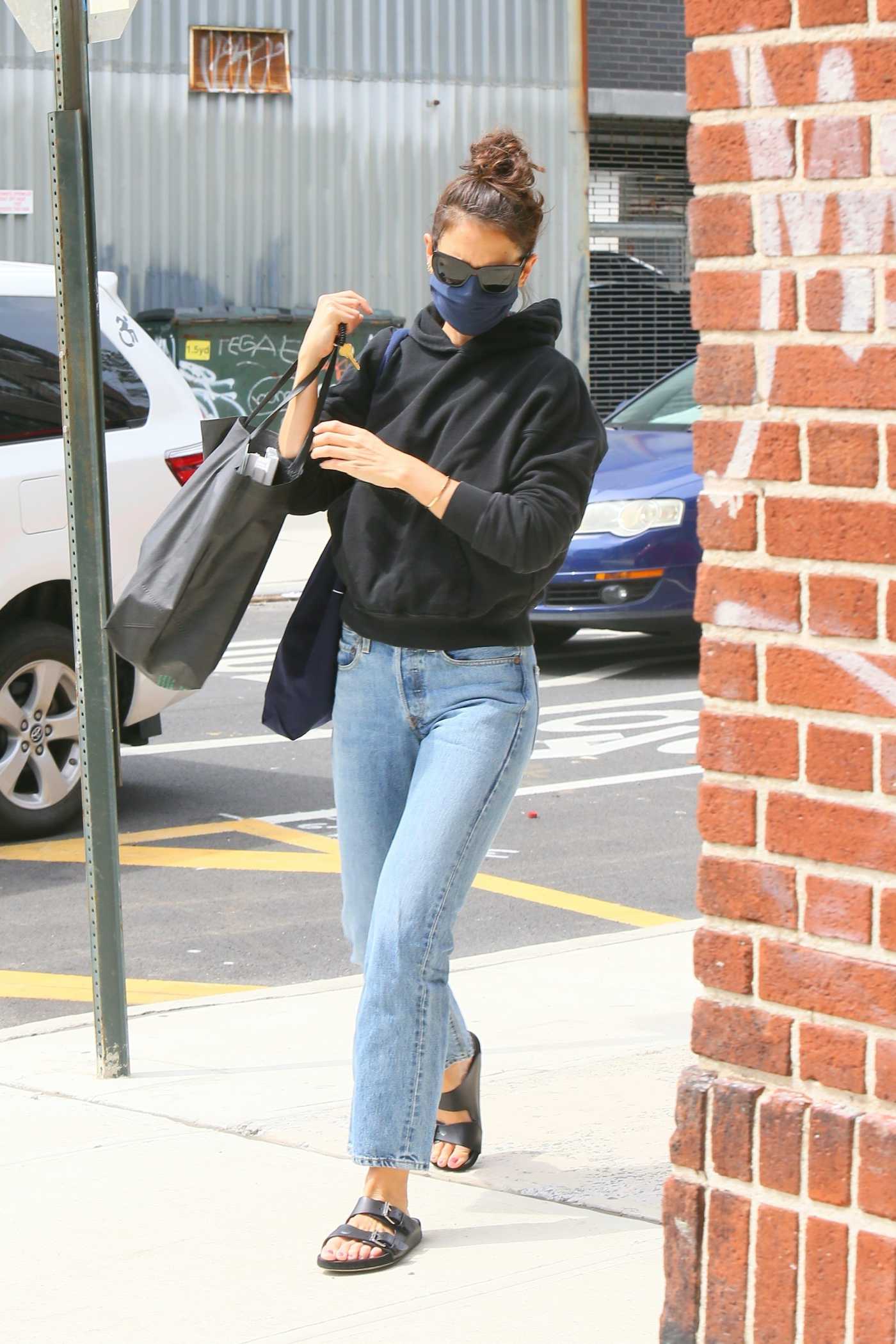 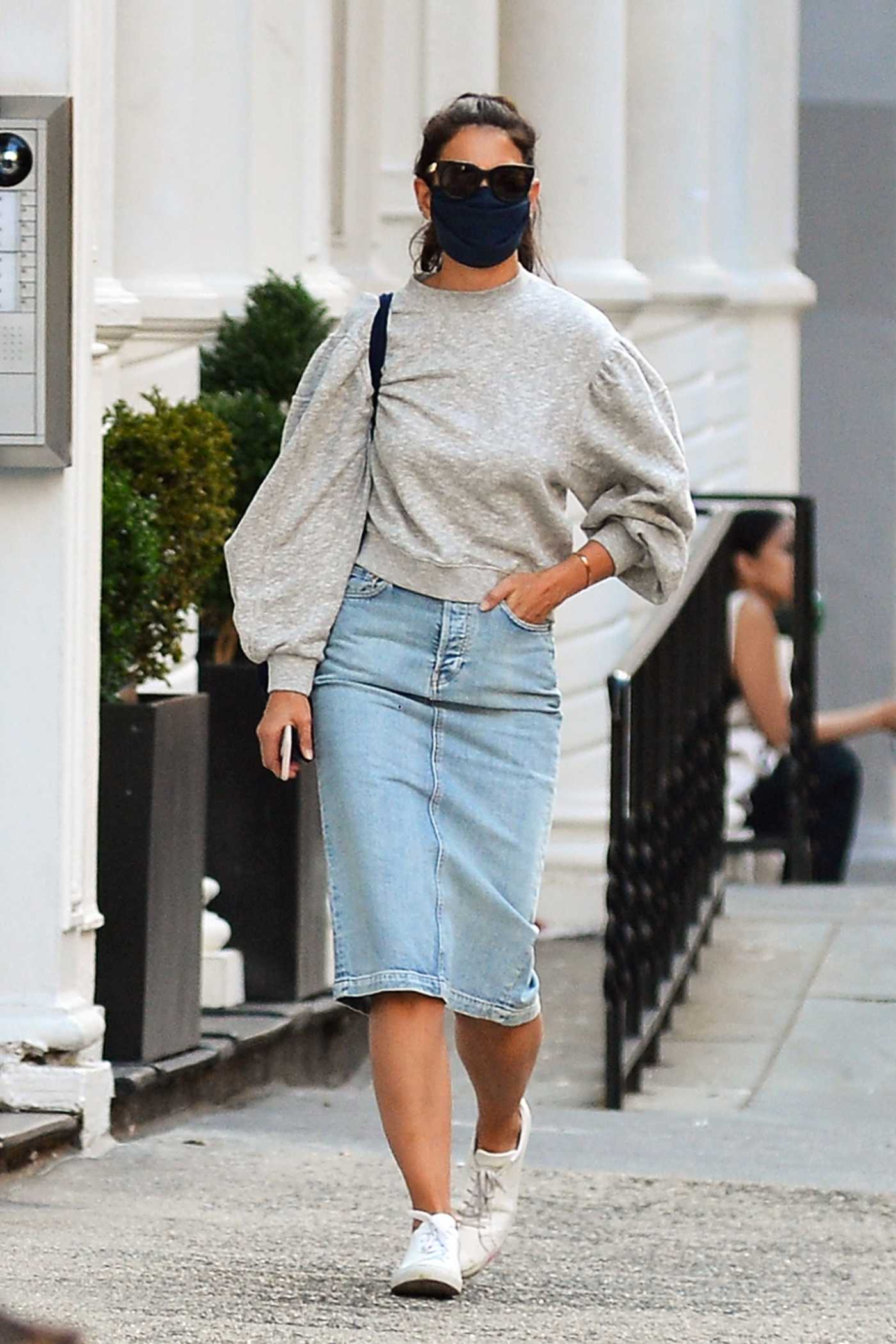 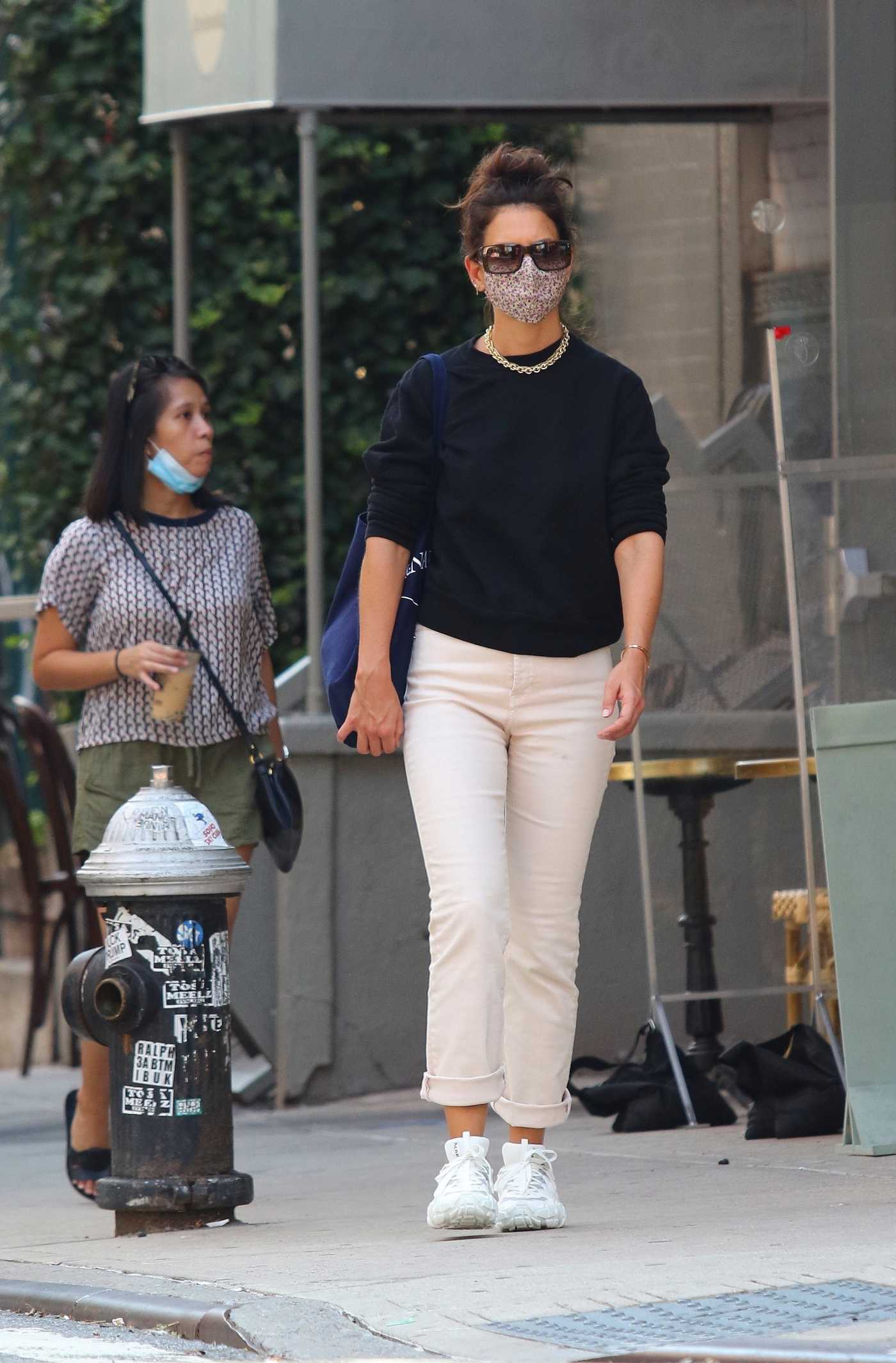 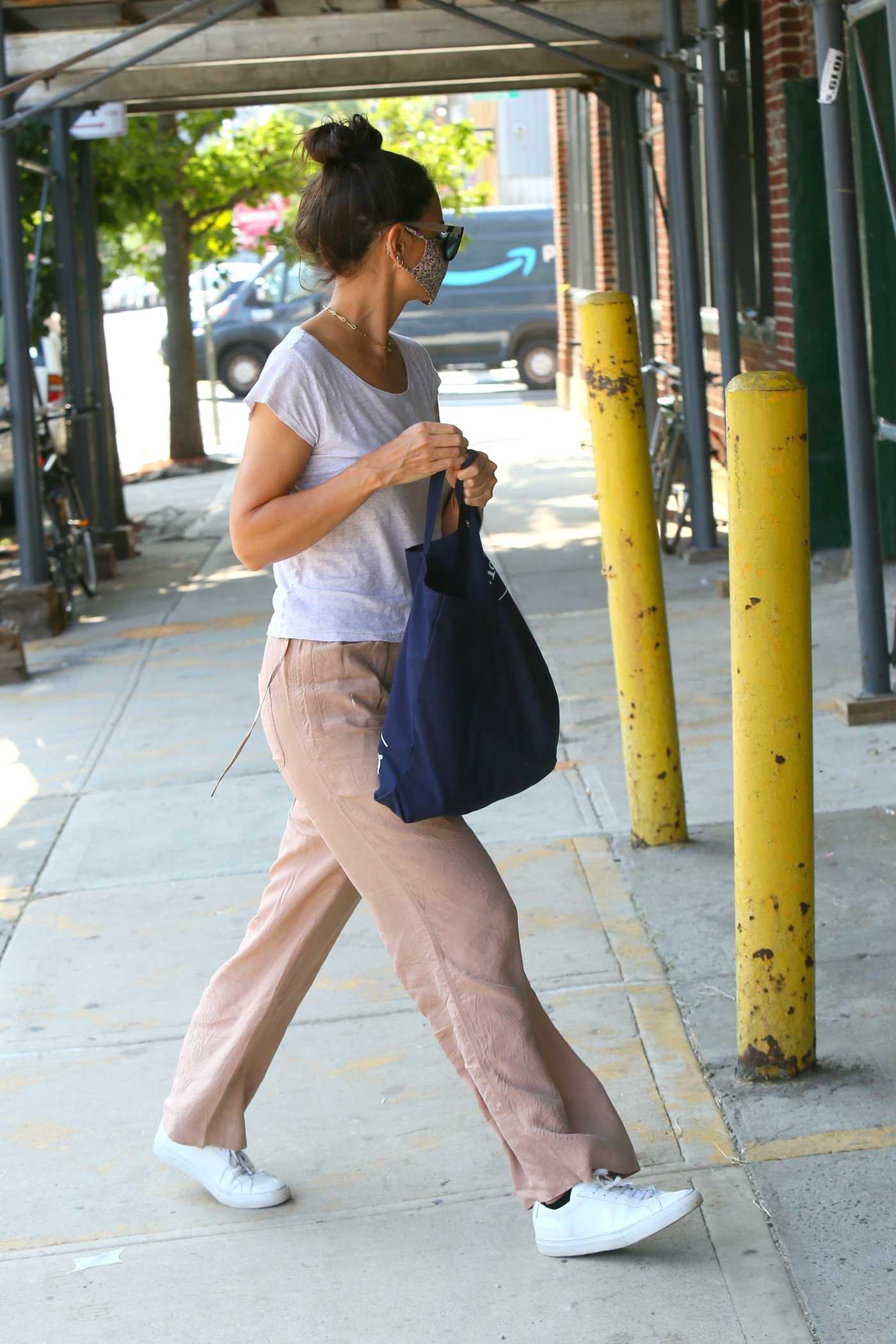